The 2017 Concert at the Regal Theatre, Tenbury Wells was sensational.

The band, with their conductor Ruth Riley, opened the concert by performing the lively jazzy music of Crazy Little Thing Called Love, the lyrical and romantic ‘The Way We Were’ and the rousing rhythmic Chicago. Immediately the audience was so responsive and welcoming with their applause.

Tenbury Primary Academy Choir and the Year 7 Singers, with their dynamic conductor Kevin Bryant, were brilliant and completely stole the show with their selection of songs in both halves. Their enthusiasm was infectious and love of singing was conveyed to the audience.

Mansel Leake, one of the founder members of the band, played a superb and faultless rendition of ‘Moon River’ on the trumpet. Later in the programme Ruth Riley played the beautiful and haunting Theme from Schindler’s List on flute, which displayed her talent (she has recently gained her Grade 8 with distinction).

Choral Diversity, with their conductor Beth Melling, wowed the audience with different styles of songs. ‘I Want to Break Free’ from the Queen Medley was an undoubted highlight and it was easy to believe that Freddie had returned to make a guest appearance, complete with his hoover.

To open the second half  the band was excited and proud to show off the newly acquired Fanfare Trumpets in Scenes from a Royal Tapestry. This piece has 4 movements and tells the story of the royal court of King Henry V111. The Fanfare Trumpets heralded the appearance of the king and his court, the 3rd movement ‘Court Jester’ had members of the band donning jester’s hats  and in the final movement ‘Royal Hunt’ members of the school choir rode around the Regal on hobby horses!

If all that wasn’t dramatic enough in ‘Dr Who;Through Time and Space’, the band’s favourite piece of the year, a Dalek made an appearance together with the Time Machine and Cyber Men.

Later the band members wore cowboy hats, and in Alyson Elder’s case a moustache and poncho, to play the two Western pieces- Ghost Riders in the Sky and The Magnificent Seven

In the Finale all of the performers, together with the audience, gave a rousing rendition of ‘You’ll Never Walk Alone’.

The band and choirs were widely acclaimed to have given an outstanding performance, with their chosen repertoires, to the delight of the audience.

Finally everyone was treated to delicious cupcakes, all baked by Jean Peters (mother of one of our young trumpet players ‘Ethan’ who recently passed his Grade 2 Trumpet with Distinction).

Numerous positive comments have been received and this one sums up the entire evening;

“Many Congratulations to all of the band for a really brilliant concert.

You are all a credit to the town.

Your support acts were a joy too.” 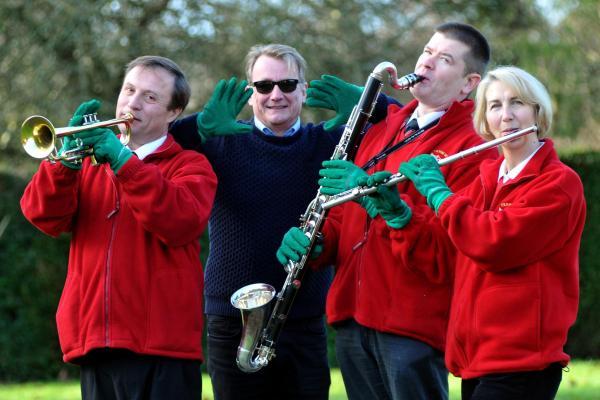 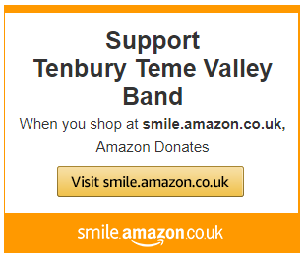